Made from steamed suet pastry, roly-poly is designed to be stodgy, but in my book that makes the perfect receptacle to soak up plenty of gravy, served alongside a pile of roast potatoes and spring greens.  Here, the red onions are slow-cooked with red wine, and encased with feta and spinach in a steamed walnut and lemon pastry.

The red onion marmalade can  be made a few days in advance and stored in the fridge, leaving just the pastry, assembly and steaming to do on the day. 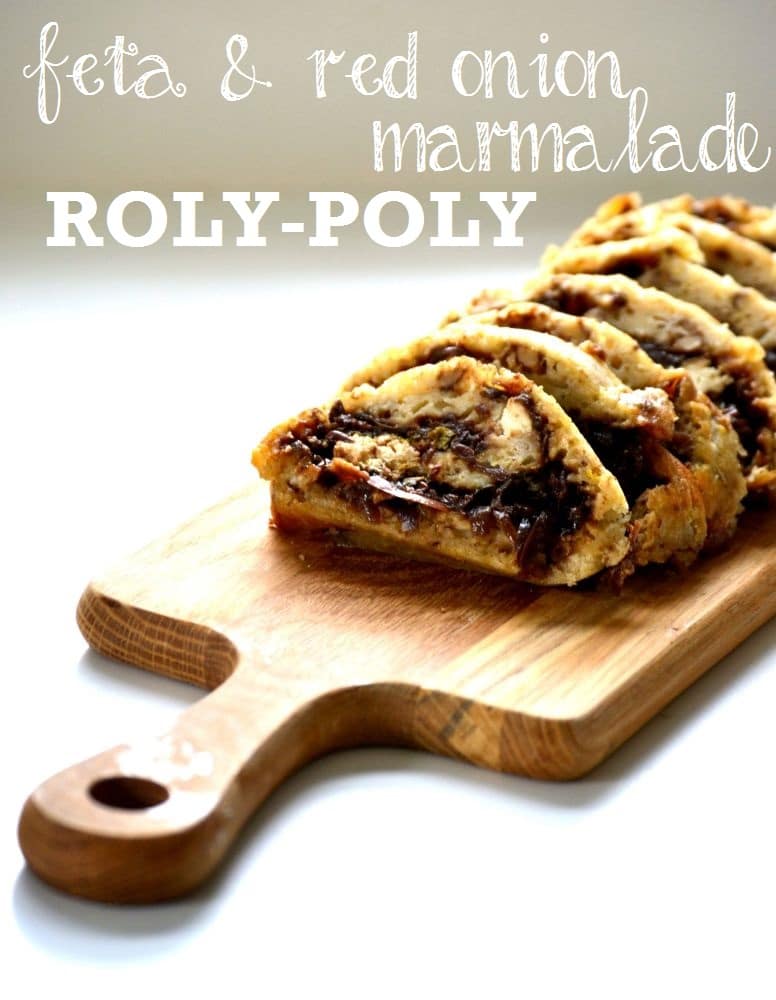 For the Red Onion Marmalade: 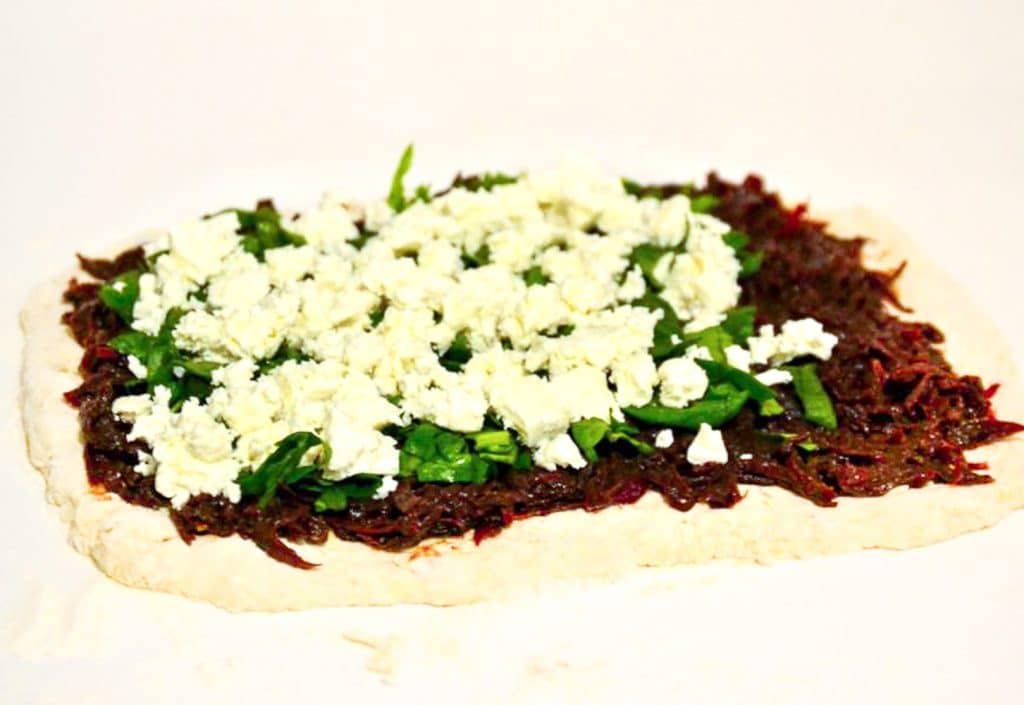