Ad: In collaboration with Birds Eye

Ah Korma, the curry for people who don’t really like curry.  The one that isn’t too spicy.  The bland one.  Well perhaps that’s the case in British curry houses, but the original korma was an expensive banquet dish, rich with cream, strewn with nuts and fruit, and deeply scented with exotic spices.

I’m as guilty as everyone else for my treatment of this noble dish – a creamy chickpea and kale vegan korma comes up every few weeks on our weekly meal plan, and I’m ashamed to say it is a cheat’s 10-minute version made with a generous dollop of spice paste from a jar in the fridge and a tin of coconut milk.

But I’ve been thinking for a while about the times I’ve had a really excellent korma in a restaurant, and how I might be able to get somewhere close to those at home.  Now autumn is in the air and the evenings are getting dark and cold, working on a flavour-packed and deeply spiced ‘proper’ korma seemed very appealing, and after a number of taste tests, tweaking the spice combinations, sauce thickness, cooking time and base vegetables, I think I’ve got it just how I want it! 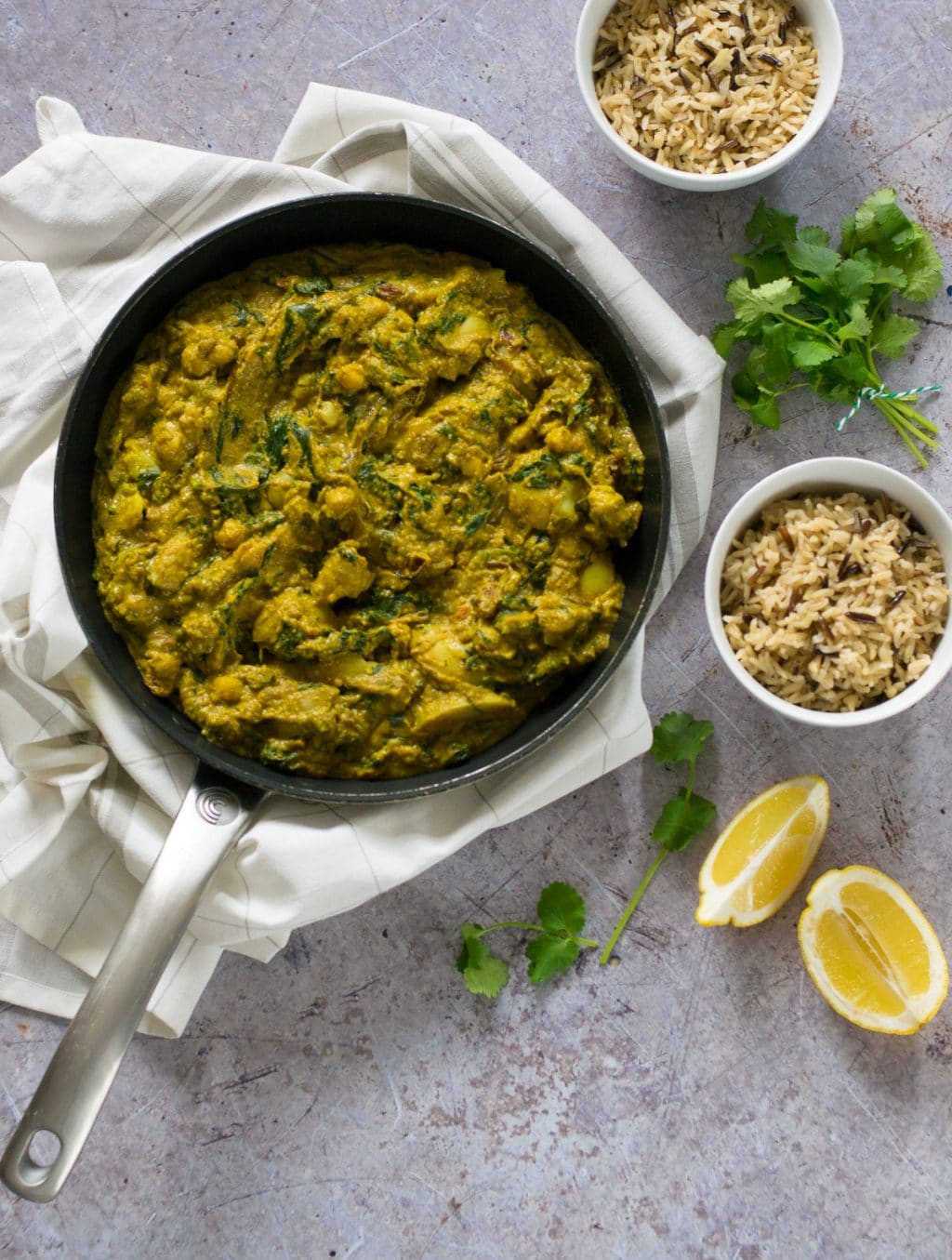 I’m sometimes put off experimenting with new ways of making quick weeknight supper staples like korma, because time is just so stretched.  Testing out new ingredients and trying new flavour combinations can take time and effort.

So I was thrilled to come across a range of ingredients recently that save the hassle of opening tins and draining pulses, peeling and chopping veg whilst tasting really good and cooking in four minutes or less.  That’s a lot of tine and effort saved which can be concentrated on the rest of your dish instead. 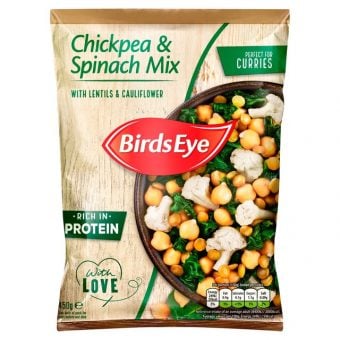 What is this wonderful discovery?  Birds Eye have brought out a range of frozen pulses which are perfect for curries, chillies, autumnal stews and casseroles, pasta bakes and all sorts of other speedy suppers.  There are three varieties:

What’s also great about these handy mixes is that freezing of the vegetables and pulses locks in goodness.  And as pulses are a really good source of protein and fibre (as well as counting towards one of your five a day), that’s good news for vegans!

I’ve found these at Ocado, Asda and Tesco, and they are usually £2 per packet which I find feeds our greedy family of 4 easily. 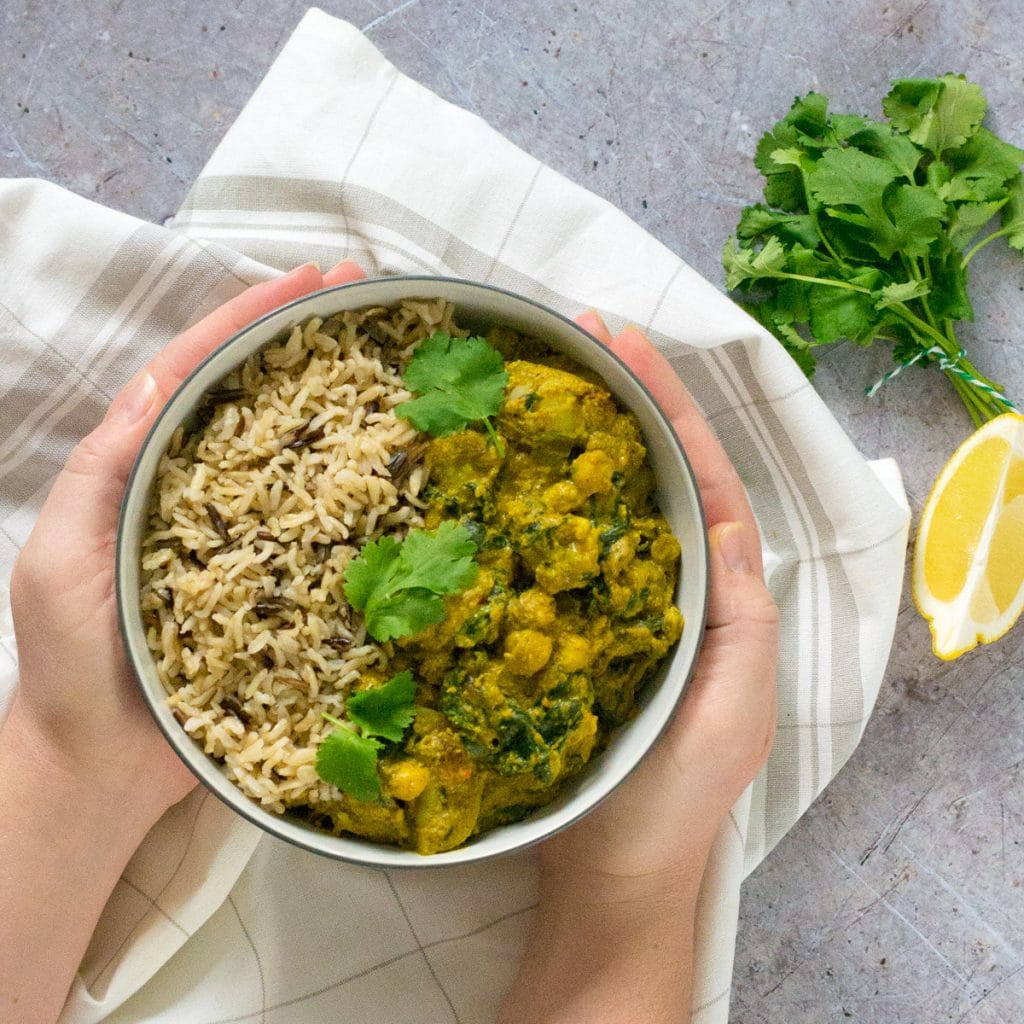 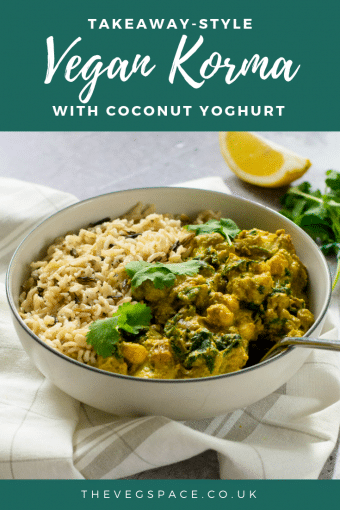 You might like to take a look at my Vegan 20 Minute Meals Index for lots more delicious and speedy vegan meals!

Do send me pictures of your very own takeaway-style vegan korma on: 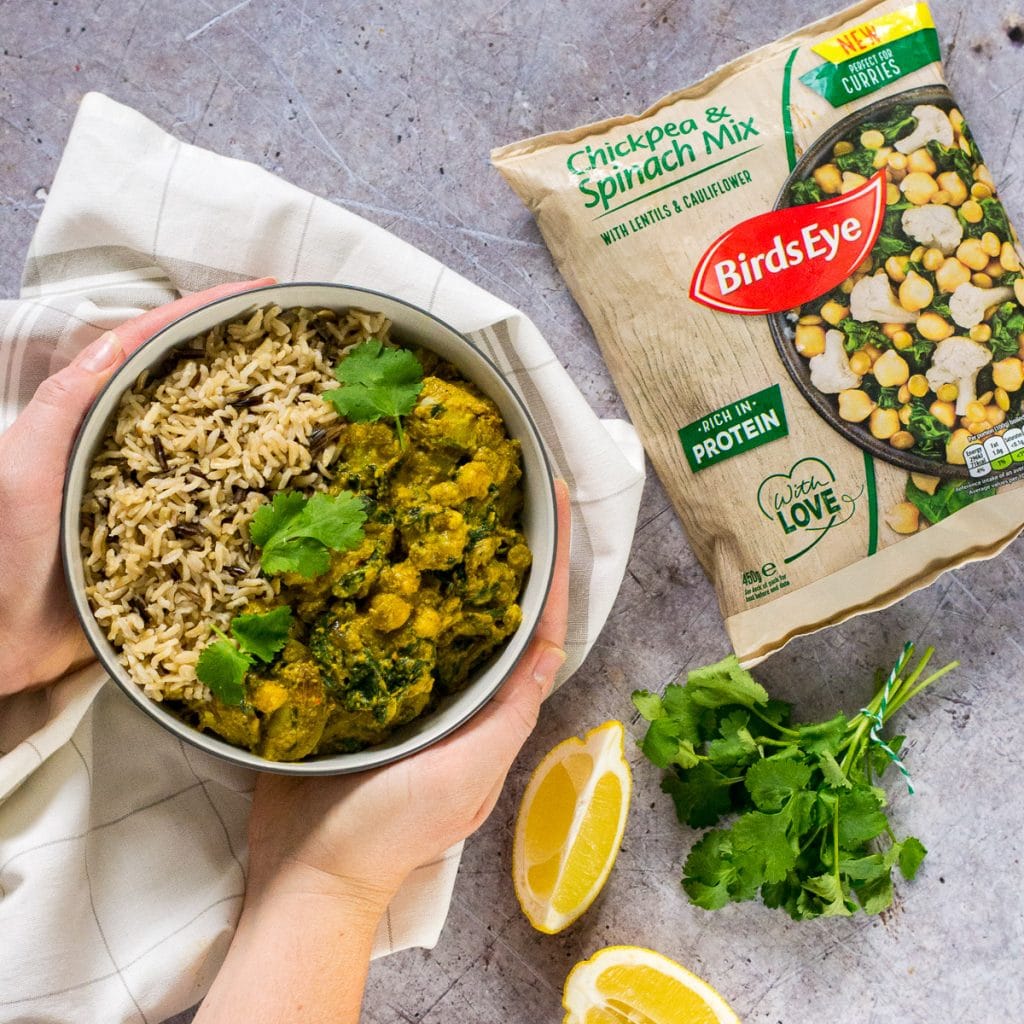 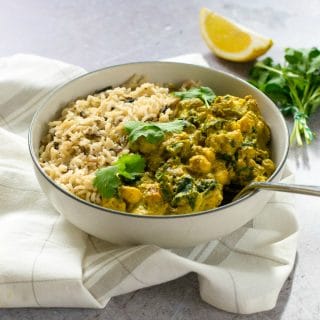 Calories: 367kcal
Keyword vegan korma
Tried this recipe?Let us know how it was! 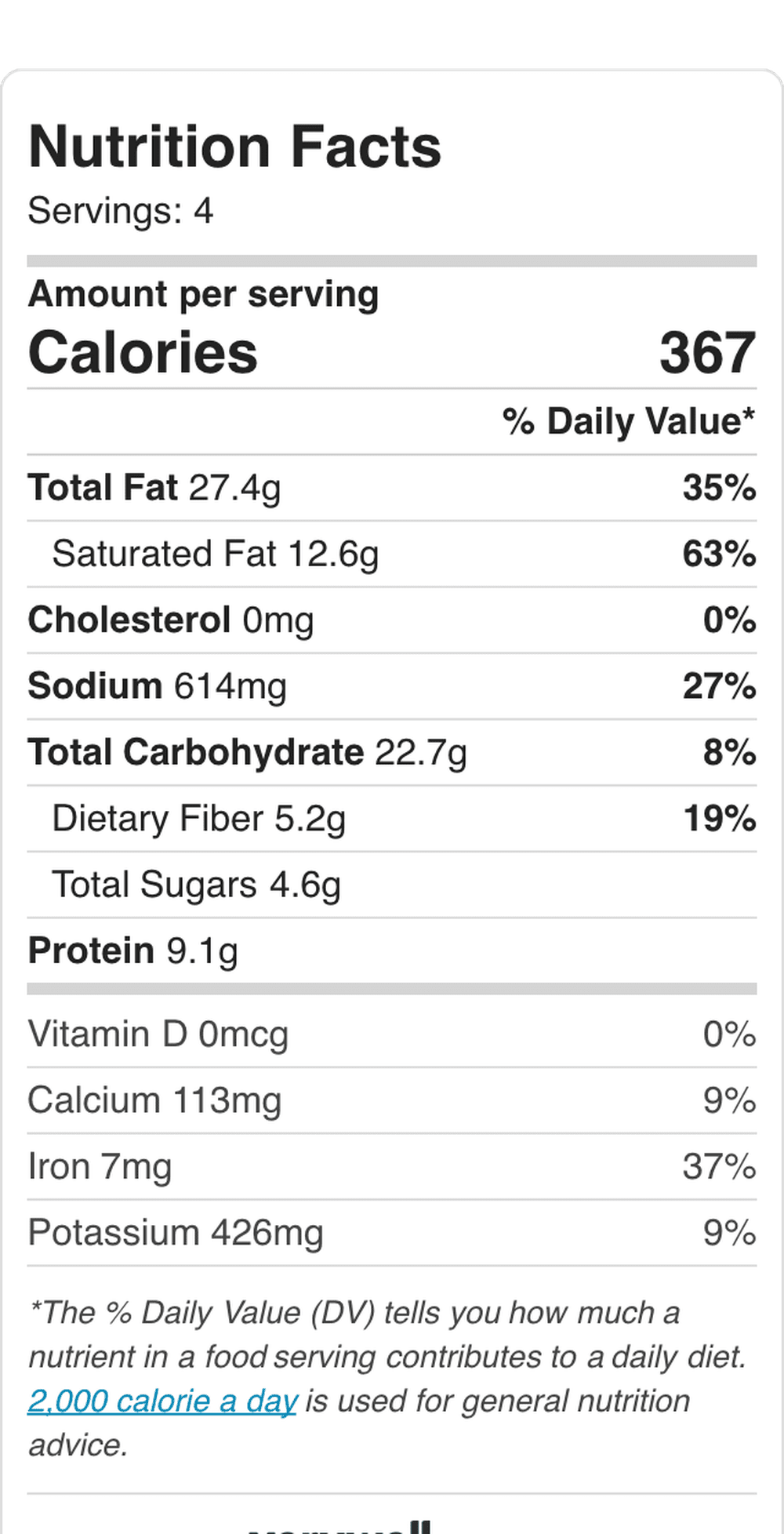 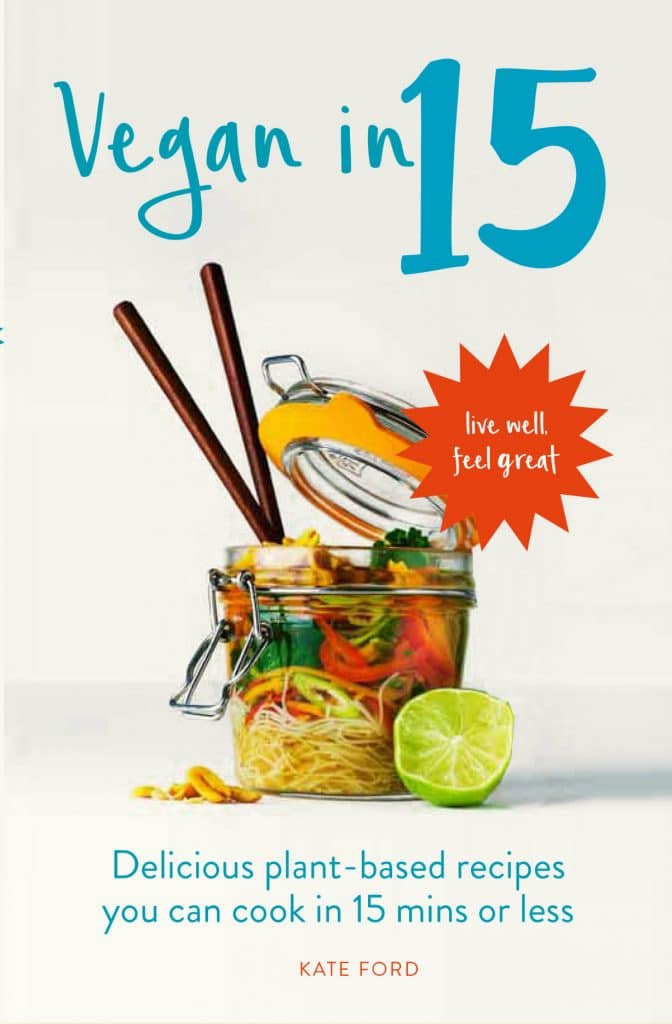 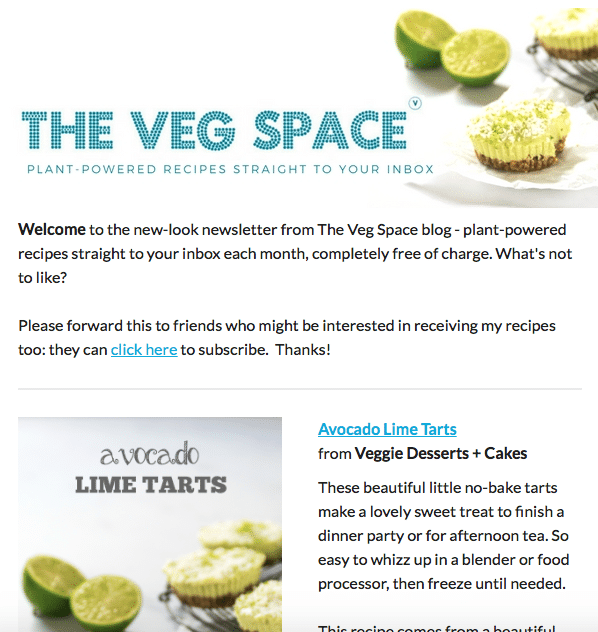 I’m linking this vegan korma recipe with some blogging challenges:

Disclosure: This vegan korma post was sponsored by Birds Eye, and I was paid to develop the recipe.  All views are my own.