Look carefully at the pictures... can you spot what's 'missing' from the pizza?  That's right - this is a cheese-less pizza, but an extremely tasty one!  I posted pictures on my Instagram feed of a couple of pizzas I made during Veganuary and had requests for recipes, so, (two months later), here you go.

The key to a perfect pizza without cheese is to pack it with flavour and texture.  I steer clear of soft toppings like mushrooms, grilled peppers, artichokes etc which melt in the mouth, (a mushy-topped pizza won't cut the mustard), and instead go for crispy and crunchy toppings which will do the same job as a crispy cheese crust.

Similarly, it is really important to pack flavours on to the pizza, so I usually add sun-dried tomatoes which replace the saltiness of cheese, along with plenty of fresh chillis, (seeds and all, though how spicy you go is up to you!), oregano, black pepper and extra virgin olive oil.

For toppings, I've used curly kale, (which has just enough time to roast and crisp up in the oven), as does purple sprouting broccoli, then roughly chopped hazelnuts, (which add both crunch and protein), and chilli.  For the base I usually use passata with added garlic, (see below), with sliced red onion scattered over, but if you don't have any to hand either plain passata or even a jar of pasta sauce would also do a great job. 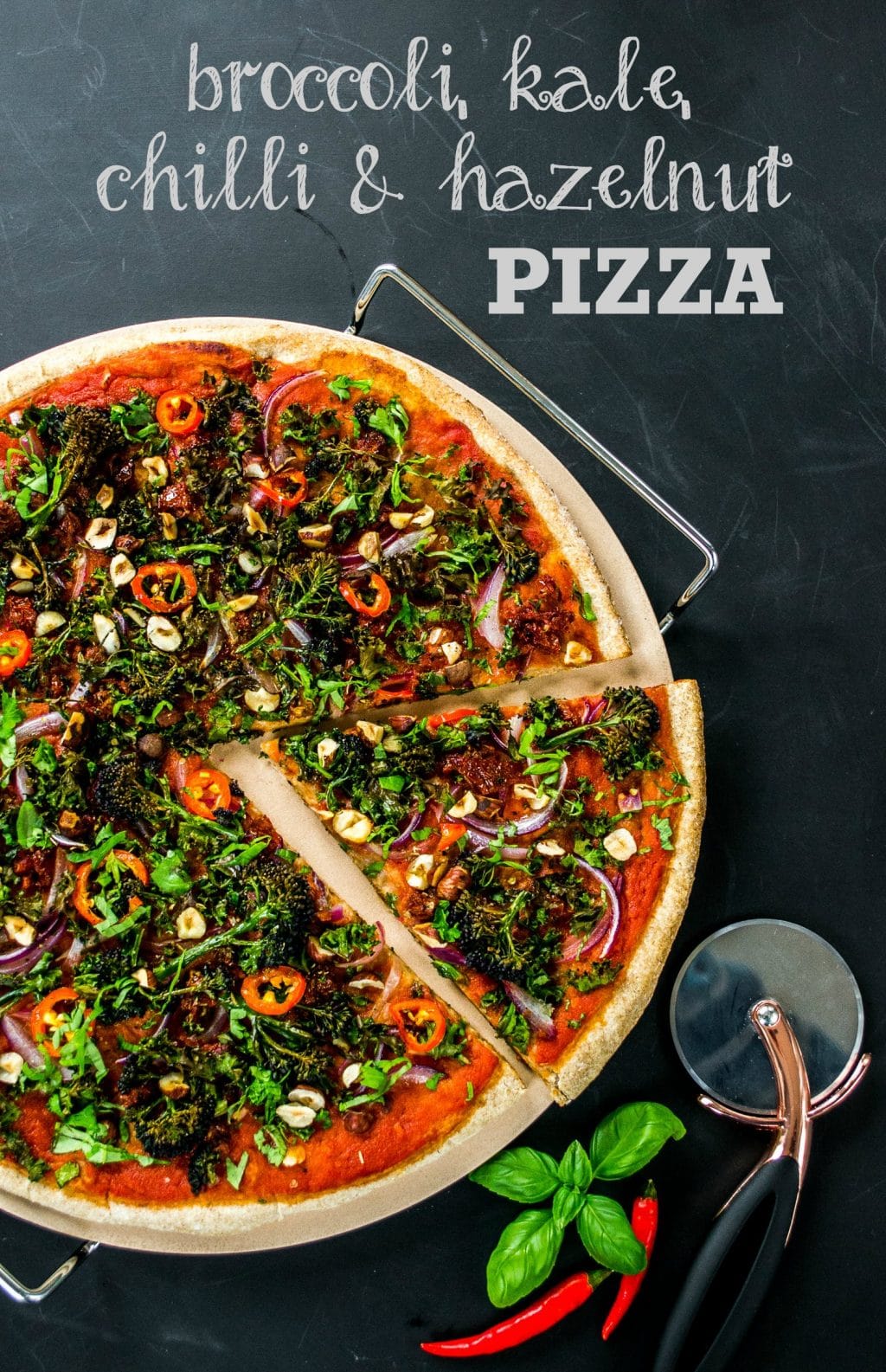