My lunches during Veganuary have often featured lovely homemade soups.  However, I'm conscious that soup isn't always as protein-packed as it could be, so have been sneaking beans, lentils, quinoa, peas and all sorts of other vegan protein sources into my soups.

This one was particularly delicious - against all the odds.  When I was shopping for my Cranks Supperclub in December I thought I had picked up 4 tins of chickpeas.  Distracted by a toddler piling chocolate biscuits into the trolley, it turns out I had picked up 4 tins of butter beans instead.  Eek!  Cue a very last-minute chickpea expedition hours before guests arrived.

All was well, but the tower of butter bean tins have been staring at me ever since.  A soggy half-used bag of curly kale looked sorry for itself in the fridge, and voilà - this Curly Kale & Butter Bean Soup was born.

I think of butter beans as being a bit... well... 1980's vegetarian hippy, (sorry), but in fact they are delicious, and I particularly like them blitzed into a soup like this.  They turn the soup creamy and velvety, not at all what you expect from a vegan soup.  And of course with their high-protein, low-fat credentials paired with the nutrient-rich curly kale superfood, this soup isn't half good for you! 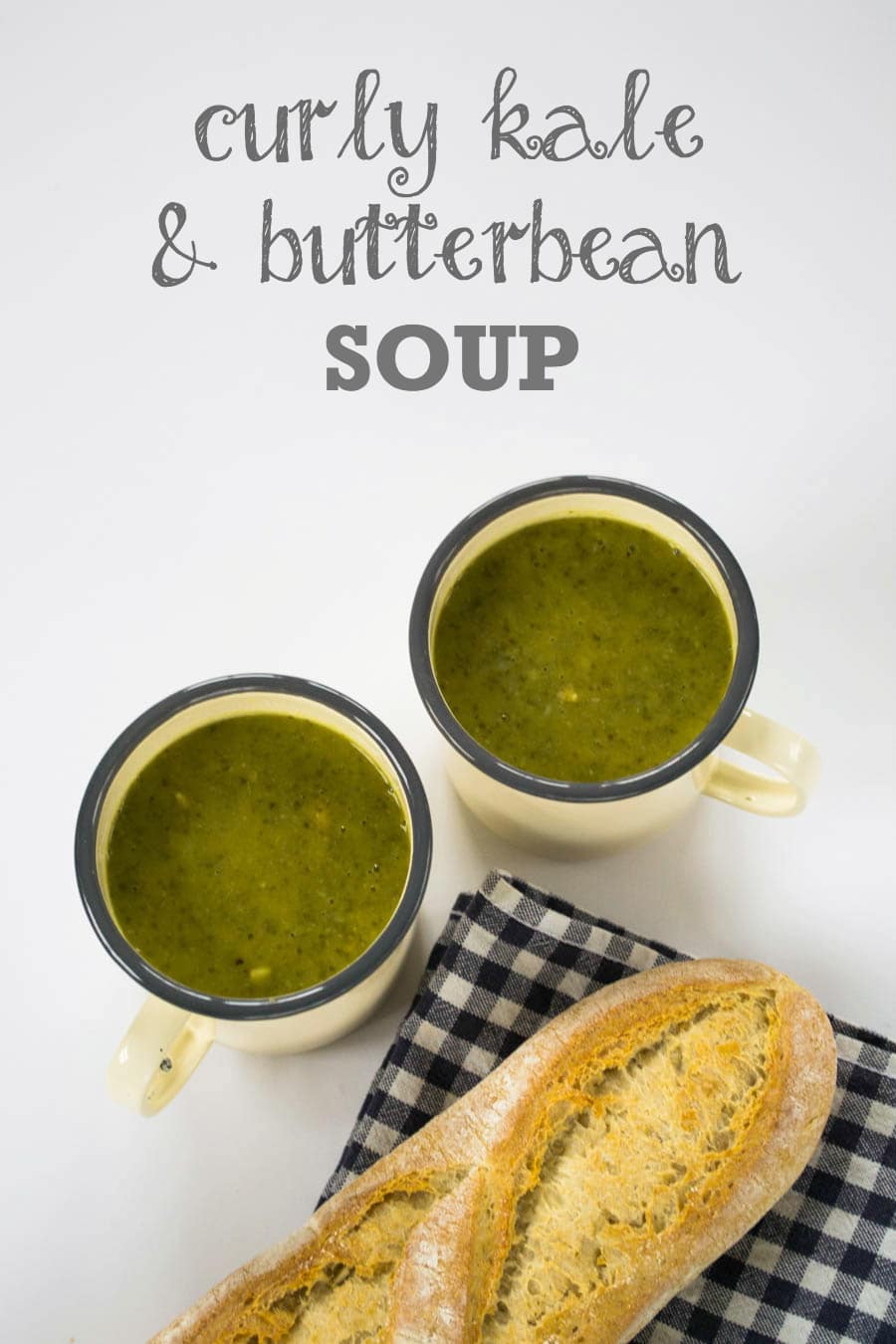