'Pangrattato', (or 'grated bread' in Italian), is a crispy breadcrumb topping which adds a pop of flavour and crunch to the simplest of throw-together meals.  I've used it here on an easy peasy pasta dish, but it is just as good on vegetables, risotto or even soups and salads.

Oregano is one of the only dried herbs I keep in my cupboards, so I'm really pleased to be working with Schwartz on this recipe.  I always associate it with Italian-American dishes, (pizza, meatballs, spaghetti, etc), but it is also used often in Greek dishes.  Its popularity in the US soared when American soldiers returning home from the Second World War had developed a taste for the 'Pizza Herb' they had enjoyed in southern Italy, and an oregano industry was born to meet the demand. 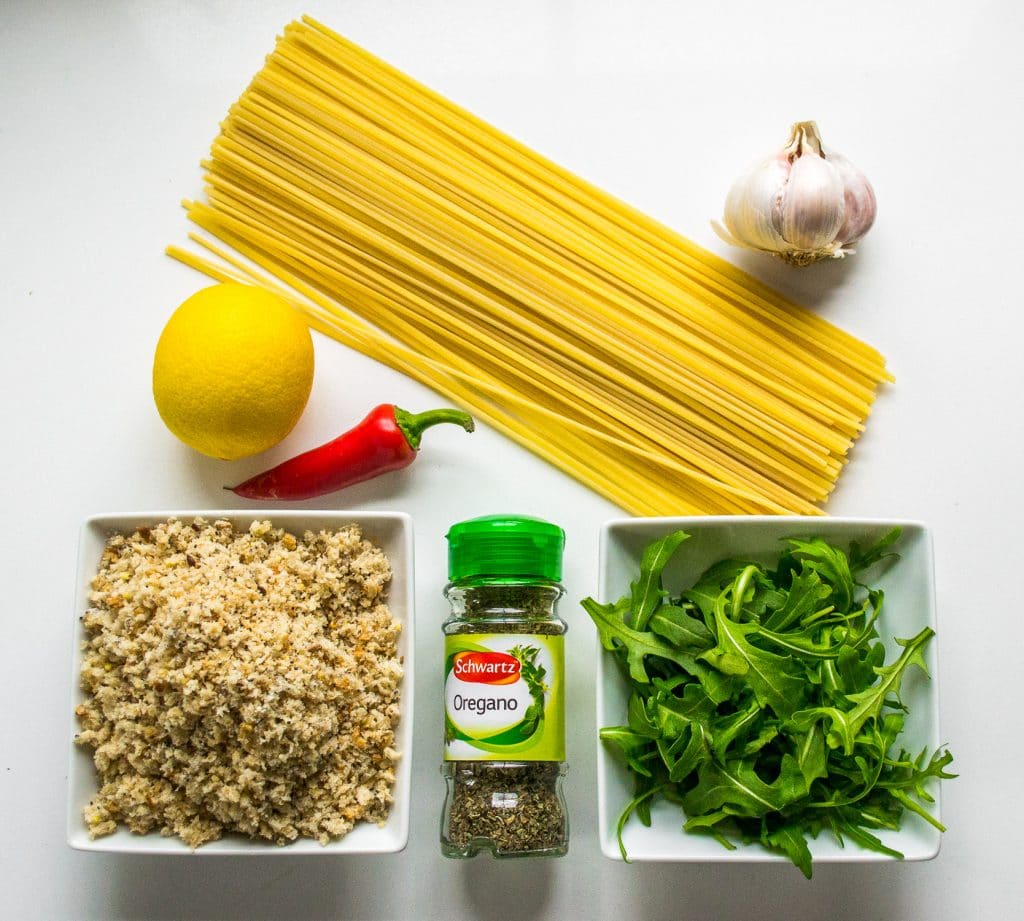 This sort of easy linguine with nothing but olive oil, chilli and garlic is something I would have always chucked a load of parmesan at, but these flavoured breadcrumbs add the same salty crunch, with a kick of lemon, chilli and oregano.

These ingredients are almost always on hand in my fridge door, making this a perfect standby supper for those days when the fridge is almost bare! 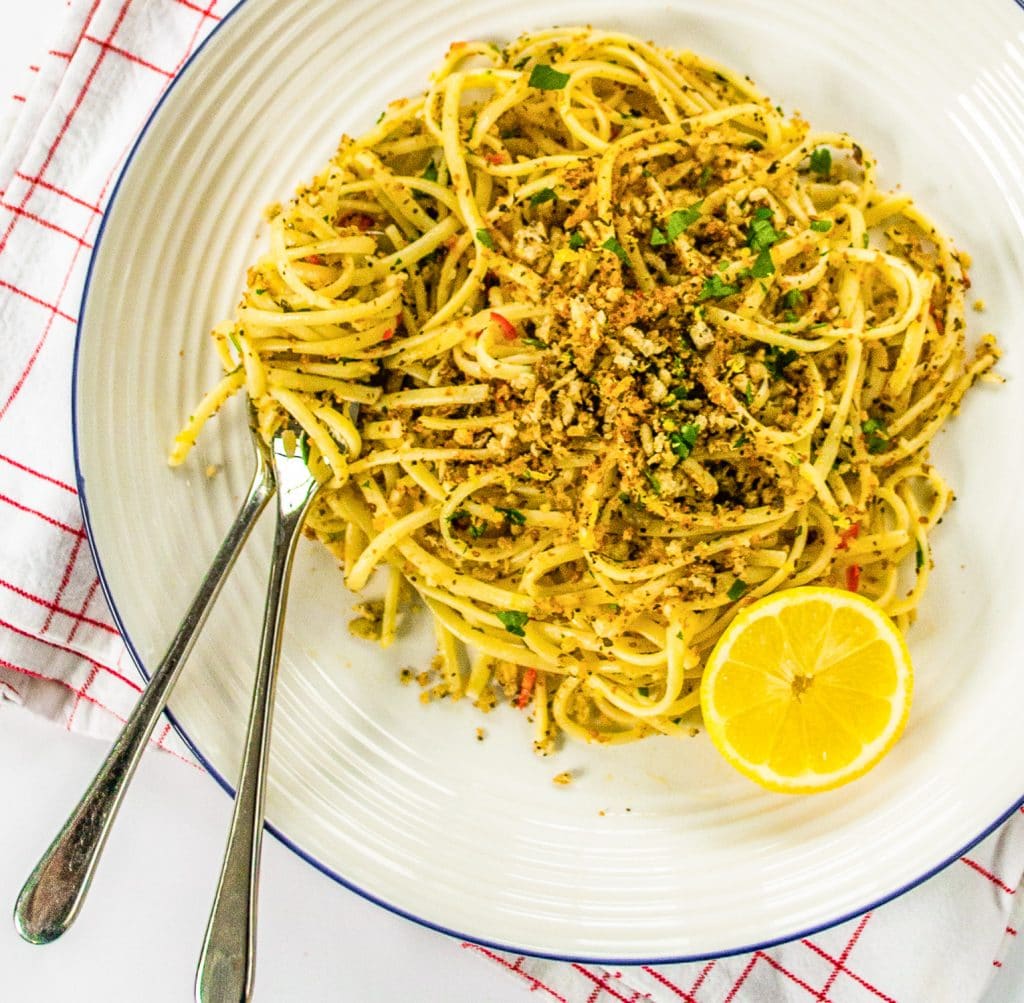 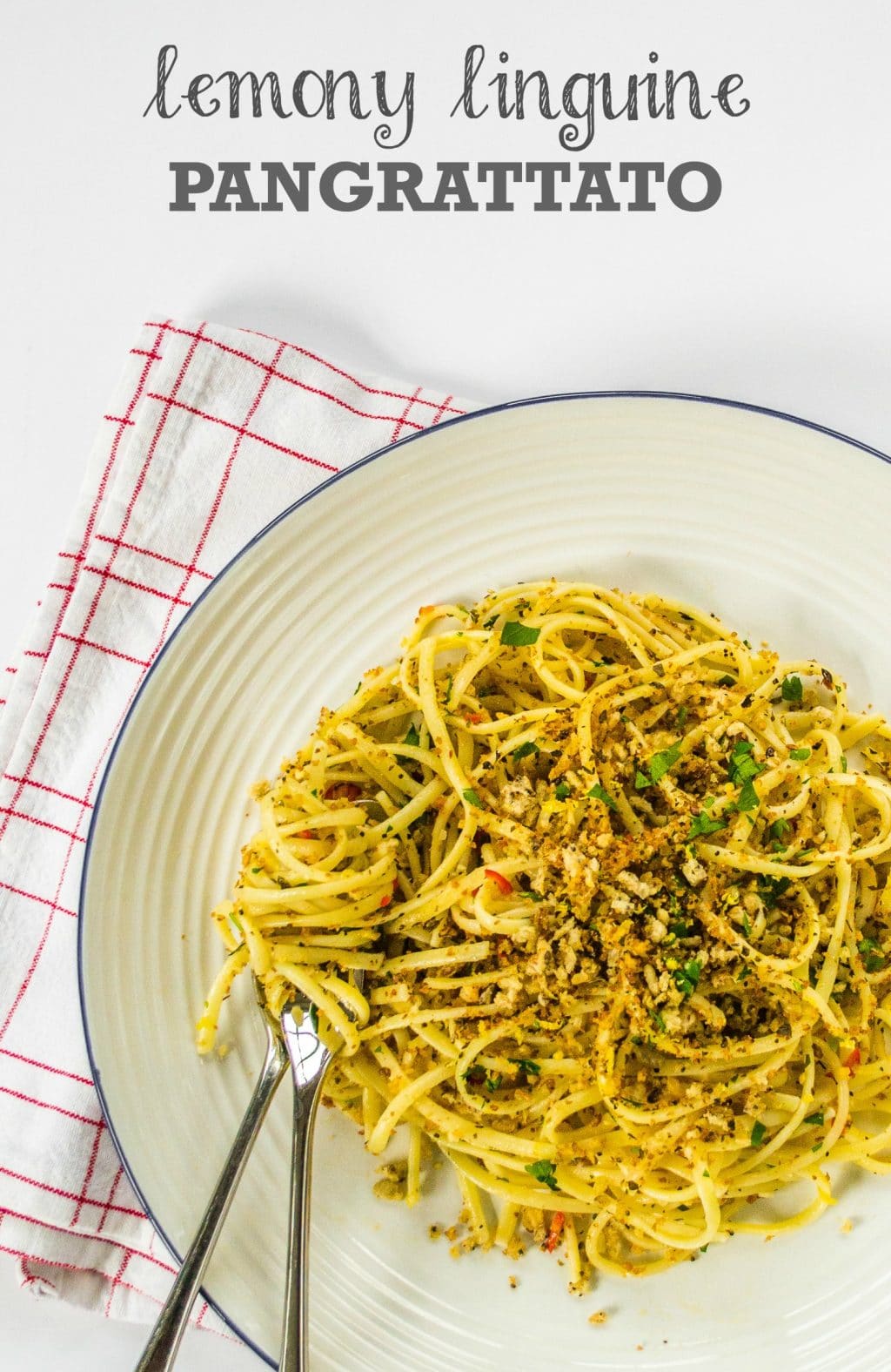 Tried this recipe?Let us know how it was! Mention @thevegspace or #thevegspace
SHARE BY EMAIL SHARE TO FACBOOK

Disclosure: This post was sponsored by Schwartz.  All opinions are my own.