It might have a tounge-twister of a title, but this is just the sort of juicy comfort-food supper with a crispy crust that is perfect for these freezing cold January (Veganuary!) evenings.

If you're not familiar with Farro, you should be!  It's a grain similar to pearl barley, but dried to become chewy and nutty when cooked, (rather than the more fluffy and spongy barley). The ancient Romans ate a lot of it, in the form of bread, porridge and soup before they got hold of wheat.  These days it is awfully trendy, and used in salads, soups, stews, and pasta dishes.

It is available in most supermarkets, but if you can't find any, pearl barley, risotto rice or even giant cous cous would also work really well here - the finished dish will have quite a different texture, but still be delicious!

The farro swells considerably when it cooks, soaking up the flavours of whatever liquid you cook it in.  I often cook this with veggie parmesan stirred through for that deep savoury flavour, but as it's Veganuary I've used dried mushrooms and their soaking liquor for the same effect.  And it works so well - these plump little grains really are swollen with mushroomy loveliness.

This is one of those "chuck it all in the pan then bung it in the oven" sort of recipes, you can go and put your feet up for the majority of the 45 minute cooking time, whilst the kitchen gradually fills with tantalising smells.

10 minutes before cooking time is up, you remove the lid and scatter over a seedy breadcrumb crust tossed in olive oil, which crisps up and turns golden brown.

For more risotto ideas take a look at my Leek and Pea Risotto or Wild Mushroom and Sherry Risotto - both delicious and easy to make! 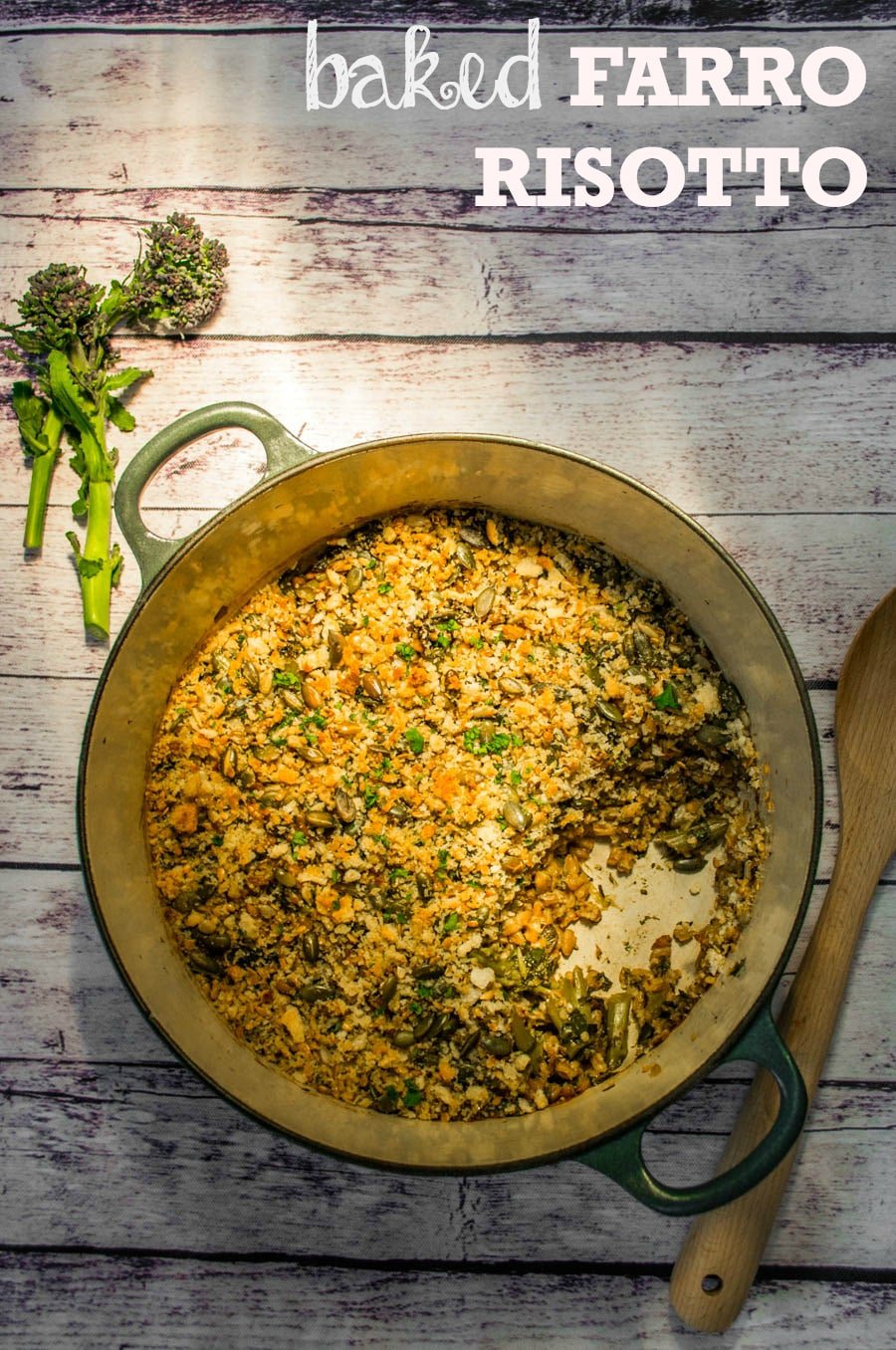 For more 'risottos' without the rice, take a look at: