This is another one of those recipes that isn't a recipe at all, just a very quick throw-it-all-together idea.  If you haven't the time or inclination to make your own ice cream, here's a really quick way to 'tart up' some good quality shop-bought stuff, with your own combination of flavours and textures. 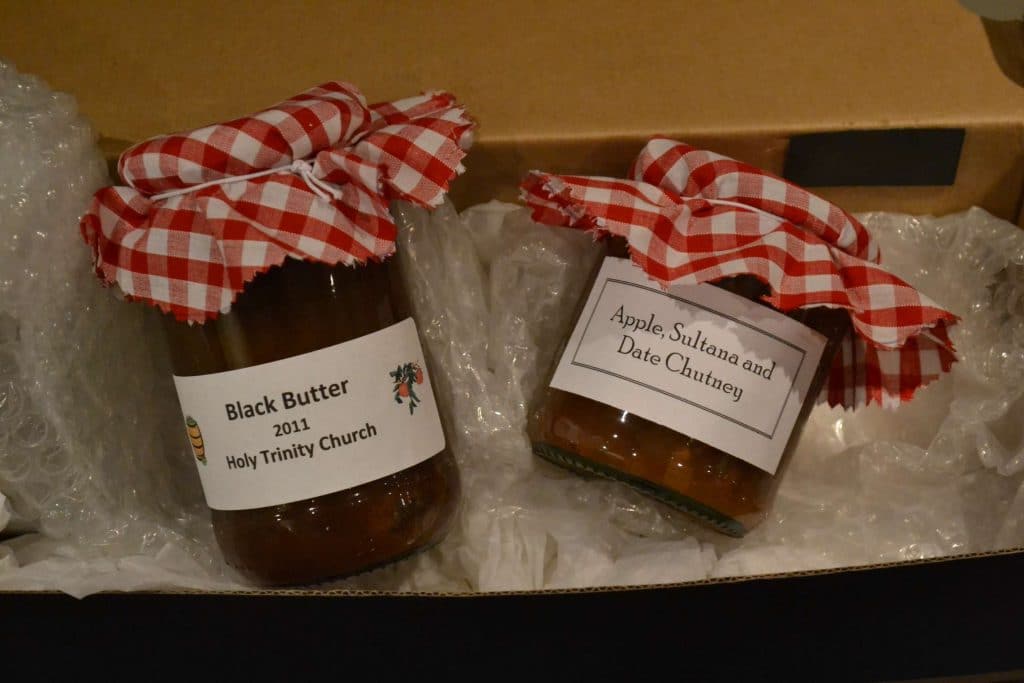 Its always nice when the postman turns up with a parcel like this..... my Mum posted on some homemade chutney along with a Jersey delicacy, Black Butter.  It sounds rather grim, (and to be honest, its not much of a looker either), but tastes amazing.  Its basically a preserve made from apples, black treacle, liquorice, cider, brown sugar and spices.  The catch being that it needs to be cooked over an open flame, stirring continually, for hours and hours and hours - somewhere between 24 and 30 to be precise.

It is a hugely labour-intensive process, and can only really be made in large quantities by teams of people, so the making of a batch is always a big community project.  Armies of apple peelers, corers and choppers get to work on nearly a ton of apples, then the stirring process begins over an open fire - the bachin (cauldron) is over 3 feet in diameter, and as the preserve thickens it becomes harder to stir (and hotter).

Here's a video of the process

This batch was ready for potting at 1.00am, when a huge team of 'potters' who had waited around all night until the correct consistency was reached, then put it into jars, banging them hard on tables to make the black butter sink to the bottom without bubbles.  Quite a sight.

So anyway, this stuff has a thick, jammy consistency, and tastes of concentrated apple, treacle and spices, and is a real taste of autumn.  At its best spread on hot toast or fresh scones.  Like pancakes on pancake day, or Christmas pudding, part of the temptation is that it is available so rarely that when you do get hold of some its a real treat.  There is some commercially made stuff available by mail-order here, but it is cooked for just 5 hours so not really a patch on the real thing.

Here's how I incorporated it into a quick ice cream: 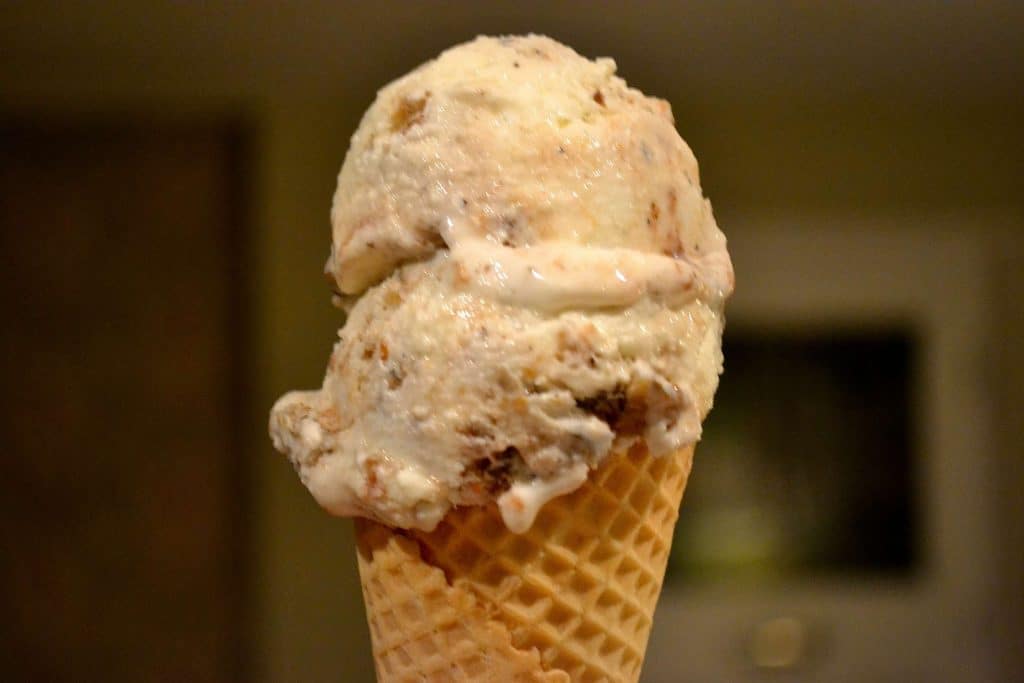 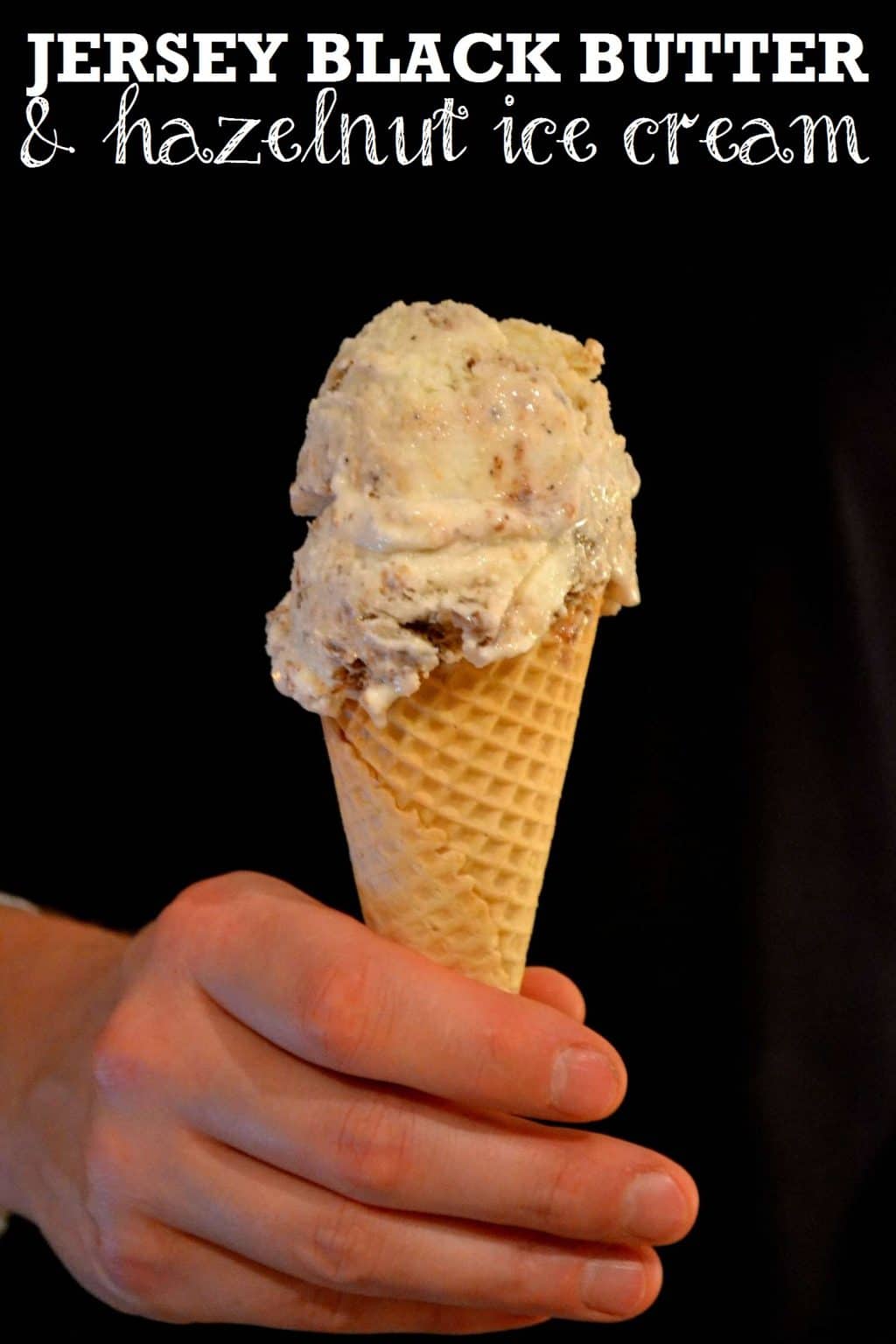 Couldn't be simpler.  How about:

Apple, Cinnamon & Walnut  Stew a bramley or eating apple with a tablespoon of brown sugar and teaspoon of cinnamon, then swirl through with some finely chopped walnuts.

Plum and Sloe Gin Well, plum season has probably finished now, but plums simmered in sloe gin then strained through a sieve would  make an amazing 'ripple' through ice cream.

Chestnut and Chocolate I've found chestnut purée from a tin to be fabulous for this sort of thing - swirl it through the ice cream with some coarsely grated dark chocolate.

Pear & Muscavado Baked pears are just luscious, and mashed with a fork and with a tablespoon of dark muscavado sugar, this would make a fruity, butterscotch-y 'ripple' to knock the socks off anything you can find in a supermarket.  Save a bit of the fruit mixture to spoon hot over the finished ice cream.