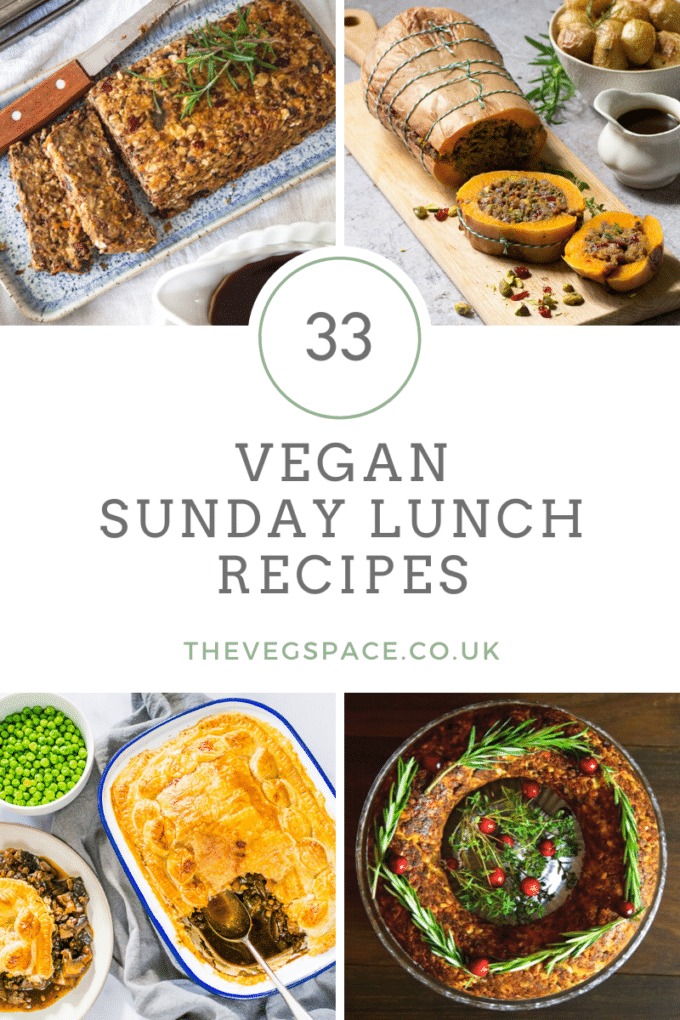 A collection of 33 of the best ideas for vegan roast dinner and Sunday lunches, perfect for serving alongside roast potatoes, gravy and all the trimmings.

Catering for a vegan can be daunting if its not something you do often, but I hope the 33 recipes below will provide some ideas and inspiration for vegan roast dinners and Sunday lunches, ranging from the simplest of throw-together meals to recipes for more confident cooks.

These are all delicious vegan dinners which could be served alongside roast potatoes, gravy, lots of veg and all the trimmings, or perhaps a centrepiece for a big family meal.

So here goes.... 33 Vegan Roast Dinner and Sunday Lunch Recipes you NEED to know about!

That's it! I hope you've found some ideas or inspiration.... let me know your favourites in the comments below!

Please do save this post on Pinterest --> --> --> Sharing my posts helps me to keep creating free vegan recipes!

I love hearing from you! Do send me pictures of your very own vegan roast dinners on: